How to Validate your Mobile App Idea for its Quick and Successful Launch? 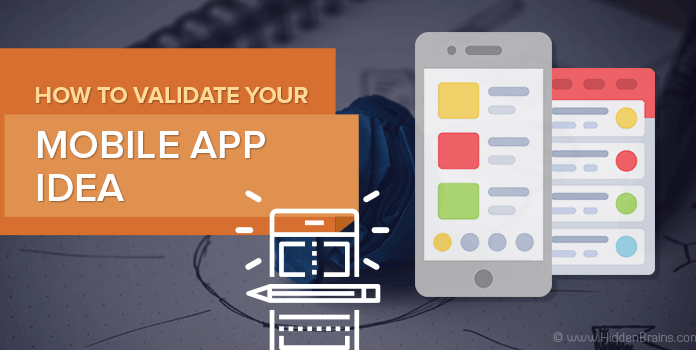 I got up today with a wonderful and out-of-the-box mobile app idea in mind! Now I am eager to turn this app idea to reality as soon as possible. This is the common scenario of any individual who is excited to release a mobile app into the App Store. What most people fail to exercise in this excitement is to validate the usefulness of the mobile app idea.

Test the Potential of your App Idea

You may have an idea in mind that intends to solve a particular problem that people face or help them in their daily routine. But, have you tested the scalability of your app idea? Not yet, isnât it? This is the right stage to test whether your app idea has legs to scale.

Do not directly jump to the stage of hiring developers. You need to do some homework on your part before reaching out to development phase. Merely having an app idea is not enough; it is vital to check people demand and behavior on your app idea to validate its success post release.

Which group of people are you targeting? Is it a large group or a defined small group? It is wise to opt for app funded by advertising if your app is likely to interest broad niche of audience. However, word of mouth recommendations may work as well for micro niche audience.

How Many People Would be Keen to Know About your App: Find out Using Google Keyword Planner

Now that you know your audience, take a step ahead to find out the popularity of your app idea by searching for related keywords on Google Keyword Planner. How to use this tool for the benefit of validating my mobile app idea?

Try typing keywords related to your app idea or associated with the problem you are targeting to solve through your coming mobile app. You can even use keywords that relate the basic concept of your mobile app. This will give you an idea on traffic that your app might get. These keywords can then be optimized for smart use.

Itâs obvious that you may want to release an in-inclusive app for the best use of people. As a matter of fact, apps that have minimal features and fast time to market fetch good money than those with too many functionalities requiring high investment.

Though you may have good intentions behind creating an app with all minute details, it may be confusing for users to understand the navigation and usefulness of each feature. Instead, it is better to focus on main functionality and keep it simple so that users can make the most of it conveniently.

Further speaking, addition of all the features at the very beginning of the project can extend the development time, leading to increased development cost. One good solution to this is releasing a minimum viable product (MVP) focusing on core areas of the app and adding secondary features later on.

Adequate market research is required to determine which features can be included in MVP and which ones are affordable to be added later on. Principal rule is to include features and functionalities that matter to your target audience based on their needs and priorities.

Minimum Viable Product and target audience preferences have been analyzed. The next step is to promote your app idea in advance by making an announcement on the landing page. You can allow potential app users sign up on the landing page to be notified of all app updates.

This will give you an idea of how many people are taking interest in your mobile app. It also adds to the excitement of potential app users. Whatâs more is that you can use this landing page to the benefit of developing mobile app by taking suggestions of subscribed users. You may ask for their preferences on features and develop app accordingly.

Landing page for upcoming mobile app also helps in search engine rankings as usually it takes weeks for Google to recognize a new domain. The landing page acts as a teaser of upcoming fully loaded mobile app. It connects audience with your app before it is released, thus adding to mobile app marketing efforts.

What have you gained by Validating the Mobile App Idea?

Secondly, you are determined on what features would work in the benefit of people and are mandatory for appâs pre release. Lastly, you already have a group of people waiting for the launch of your mobile app, which is a great motivation to come up with an exceptional mobile app.