Top Features of Angular 10.1 that Developers Should Know

Angular is one of the leading application design frameworks and development platforms to build sophisticated single-page apps. Recently, Angular 10 offers several new features such as a new date range picker in the Angular Material UI component library and TypeScript 9.

The rate at which Angular is releasing new upgrades is at a fast pace. Angular 10.1.0 is a follow-up of the recently released Angular 10. This release comes with a host of new features aimed at improving the performance of Angular 10. 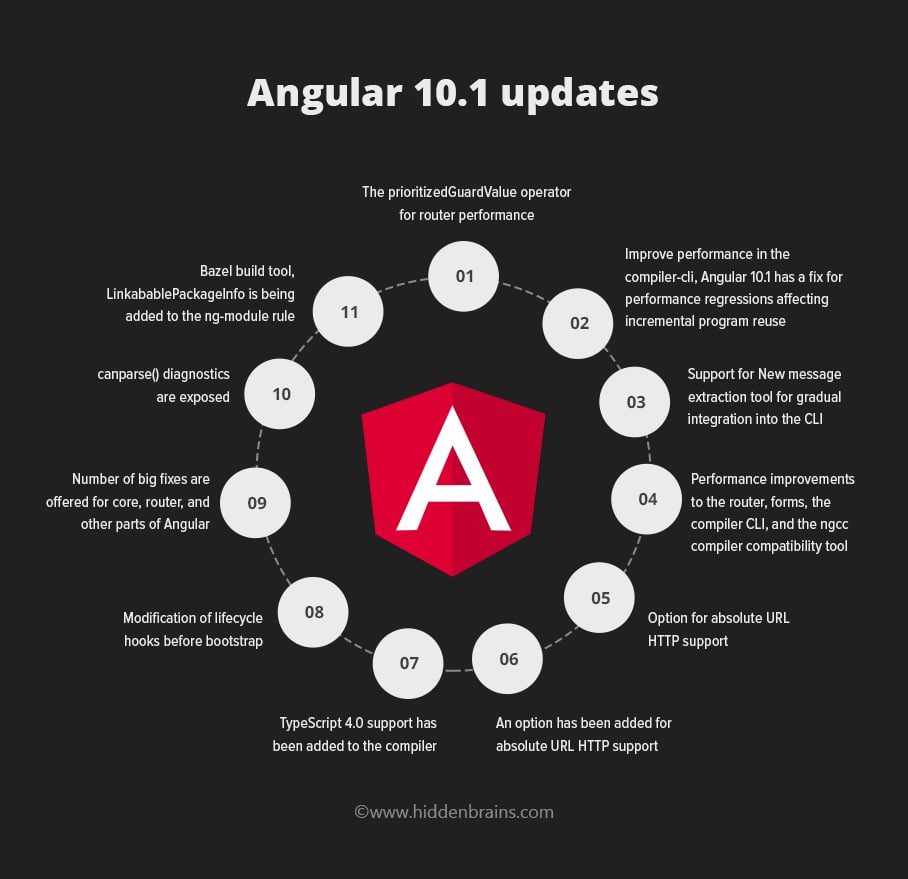 Set of benchmarks that we run against every code change to ensure Angular aligns with our performance standards. To ensure the frameworkâs runtime does not regress after a code change, we need to refine some of the existing infrastructures the dashboards step on.

RxJS changes (v7 and beyond)

Explore and document the scope of the changes in v7 and beyond of RxJS and plan an update strategy.

Improve the experience and remove legacy dependency by transitioning the language service to Ivy.

This is an internal project to add support for Angular front-ends to Google’s internal integrated server stack.

Development tooling for Angular for debugging and performance profiling.

The rate at which Angular is releasing new upgrades is at a fast pace. To keep pace with these changes, it is important to hire Angular developers or partner with an AngularJS development company.

Want to build robust applications using AngularJS? Get in touch with our team