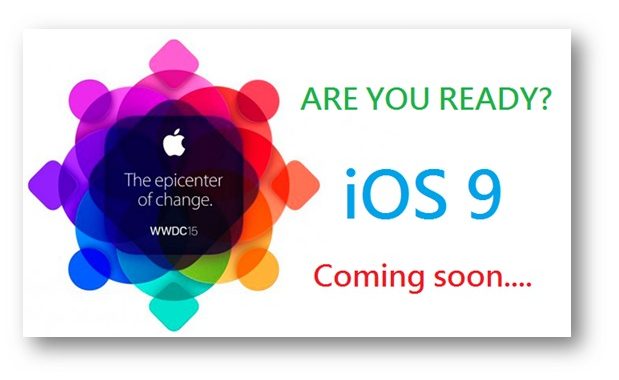 Nothing can beat the excitement of Apple Incâs Worldwide Developers Conference; and this yearâs WWDC15 is no different. Apple loyalists and iOS enthusiast worldwide will gather once again at the annual event on Monday, June 8 in San Francisco. While everyone expects Apple to launch a new iPhone every fall, not much is known about the same â but yes, iOS9 expectations is definitely soaring and rumor mills are busy churning predictions. Letâs check out!

Well, what makes me take notice of the new WWDC15 logo is the tagline âThe epicenter of changeâ. As a matter of tradition, what message is hidden in this is as always worth âdecodingâ when it comes to making prediction for any Apple event. And we actually have to wait for the D-day to finally happen.

What to Expect from iOS 9

Unarguably, one of the most expected features for iOS, enhanced Maps from Apple is on everyoneâs mind, especially after its traditional rival Googleâs impressive update to Google Now. Â The new Apple Maps feature is expected to pull data from several sources like Calendar, Passbook, Contacts and other third-party apps and help you deliver transit directions along with likely notifications on alternate public transit routes if there are potential delays when en route to an event scheduled in your calendar. This Search functionality can be accessed by swiping your home screen to the right.

A fresh new Keyboard is possibly in the offing for Apple loyalists. News is rife that the enhanced keypad will work in both portrait and landscape mode; however, users will get a wider choice of useful buttons when in landscape. The Shift key is also expected to get a makeover, and is anticipated to additionally support Force Touch display with haptic feedback.

Until now iOS users with older devices like iPad2 or iPhone 4S were deprived of upgrading their OS. However, the iOS9 is expected to offer more power to users as there are possibilities of it being slimmed down for old device users to update their devices.

One of the major optimizations iOS users are looking for in the upcoming iOS 9 launch is a diminution in the amount of space the operating system takes up currently. This is crucial, as most of you are aware, iOS 8 (that requires more than 2GB of free space to install in devices limited to 8GB or 16GB) of storage was not warmly adopted in the initial period of launch â mainly because of itsÂ sheer size. iOS 8, which can difficult to clear up on devices.

Expectations are high following Appleâs creation of a special font called “San Francisco” designed for Apple Watch that makes readability easier on a small screen. And as rumors suggest, the new font will be used asÂ the system-wide font in both iOS 9 and OS X 10.11, replacing the currently used font Helvetica Neue.

One of the other prominent expectations is of iOS9 being empowered with a new “Home” app. This will function as a central location, enabling users to wirelessly discover and manage HomeKit (Apple’s home automation platform) based devices. It is also rumored that the “Home” app may interface with the Apple TV â believed to be the key hub of a connected HomeKit home.

Although expectations are running high for iOS9 launch, rumor suggests that the update may focus more onÂ optimization and stability enhancementsÂ rather than too many design changes and new features. Some of the other prominent expectations are: