Android M: Get Ready to Experience the next offering from Android!

In a packed hall filled with tech enthusiasts at the Google I/O developer conference, Google’s Sundar Pichai unveiled the pre-release version of Android M (rumored âMâ for Muffin earlier) with host of new features and performance enhancements that will succeed Android OS Lollipop later this year. 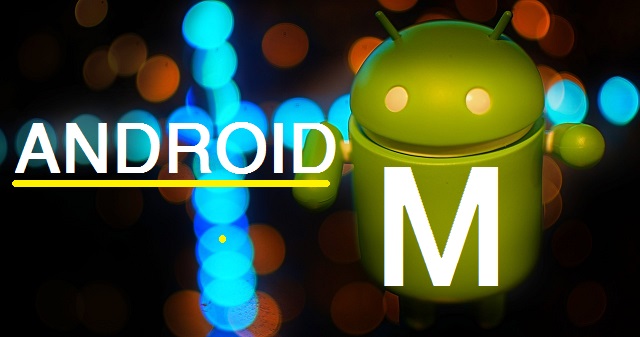 Android OS is always considered to be user-friendly, and with the new OS it is believed to have the potential to create a much bigger impact. For instance, the changes to the app drawer, and to volume controls may seem to be small, but can play a dominating role in creating user-friendly Android devices.

So, what the big leap is all about as we get ready to transcend from Android Lollipop to Android M? While Android 5.0 Lollipop came with the introduction of new design and interface, Android M focuses more on the improvement of stability and usability of the software.

This is one of the significant developments in Android M that will allow users to approve or deny security permissions, for instance camera or location access, on a case-by-case basis. As such, in Android M there are 8 categories of permissions available to apps now, permissions will be sought as per the apps and as and when they need them. This is indeed a leap forward from how Android currently works â seeking user approval/permissions simultaneously when the app is installed.

With the new Android OS, Google is also revamping the web browsing experience with its Chrome browser. A new feature called “Chrome Custom Tabs” has been added that allows developers insert web views directly in their applications. The new Chrome features not only allows automatic sign-in, saved passwords, autofill, and multi-process security to app developers within their apps, this new feature will in fact offers the packed power of Chrome without having to force the user to switch apps.

The Android M brings in an upgrade to Android’s built-in app linking system – also known as “intents”. This will allow apps to open content directly instead of thwarting users with a dialog box every time. For instance, if you click a Facebook link in an email, the Facebook application will directly open there instead of probing you if you want to use Facebook to view it.

One of the most anticipated announcements of Google I/O is now realized with Android M. Google Wallet app is now replaced by the newly introduced payments system called Android Pay. The new contactless payment system from Android uses NFC and Host Card Emulation for tap-to-pay services. This new development will proved to be an advantage for developers, as they will also be able to integrate Android Pay into their apps for in-app payments and purchases. One of the encouraging confirmation from Google says that Android Pay will be preinstalled on AT&T, Verizon, and T-Mobile devices and it will be accepted in 700,000 stores in the US.

Android M brings a new feature called Doze that lets the system manage background processes seamlessly. The highlight of the feature is that it relies on motion detection to stay active when someone is using a device, and closes down processes when any activity hasn’t been detected for a period of time. This feature in Android M is said to have increased the standby time of the Nexus 9 tablet by up to two times over its predecessor.

Android M brings the added advantage of faster and easier charging to your Android phones with native USB Type-C support. But the big surprise is that you can now charge other devices with their Android phone as well.