Are you looking to build a secure and robust iOS app?

Apple iOS app development continues to be both developers’ and usersâ choice. For more than a decade, ioS app developers have fought hard to get their apps installed. It is important to partner with an iOS application development company to gain an advantage. The ultimate goal is to get you to open the app, increase time spent on the app interface, engage with some content, and watch a few ads.

According to statistics, Apple had paid a total of over 200 billion U.S. dollars to iOS app developers selling goods and services through the App Store. The cumulative payout to developers amounted to nearly 155 billion U.S. dollars. While the apps on Google and Apple continue to fluctuate regularly, Apple App Store contains almost 2.09 million apps. There is a challenge to rise in the app store rankings.

It requires a step-by-step process in iOS app development, implementing development best practices, market research, wireframing, focus on UI/UX, adherence to guidelines to ensure that you develop an iOS app that rules the chart and is not buried under the rubble.

Here is the outline for the iOS app development process

With millions of apps out there on the App Store, it is a highly saturated and fiercely competitive world out there. An iOS application development company can form the cornerstone of successful app development. After all, strategy lies in rigorous research, brainstorming, and idea validation. Does your app add value or solve a problem? It is important to check the market realities and demand to ensure that your app idea gains traction in the app world. Research should not be an afterthought, rather the crux of the iOS app development process. 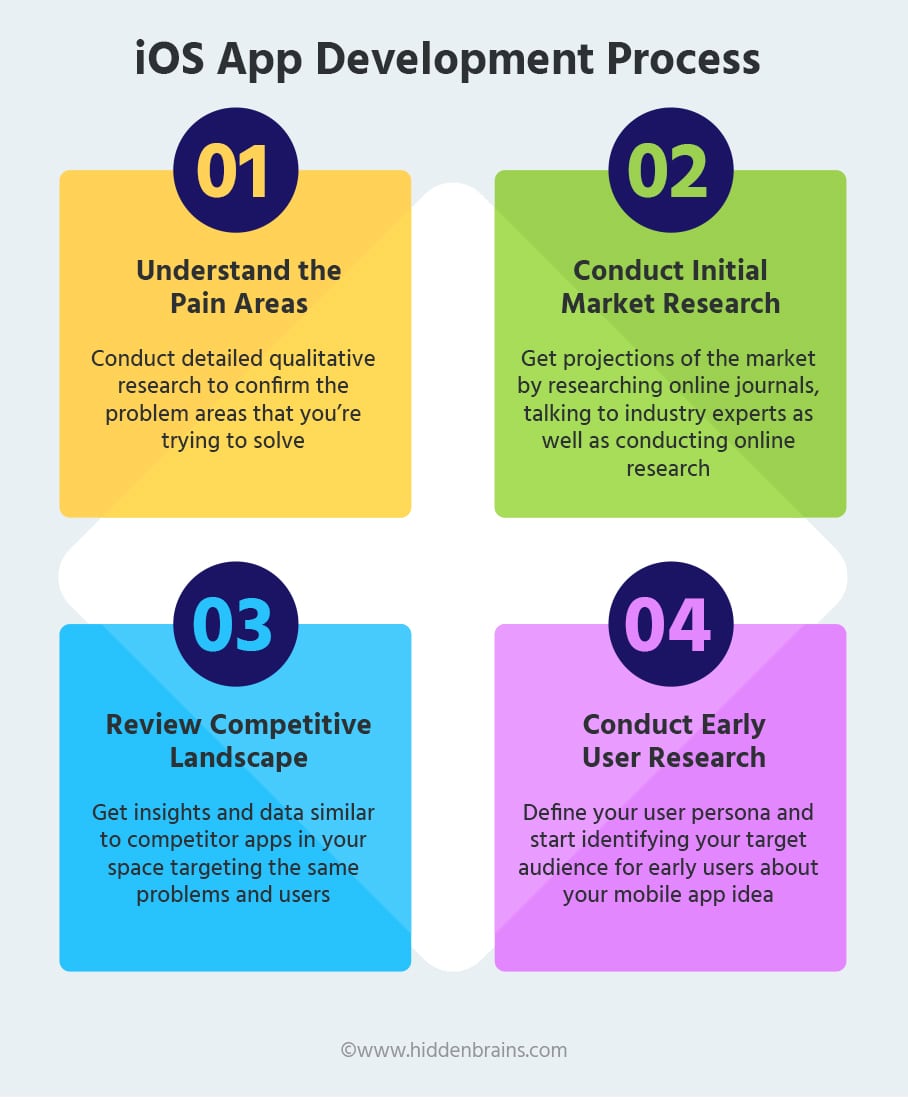 Once the idea behind your app is validated, everything boils down to developing wireframes, blueprints, and sketches of the app. When following the ios app development process guide, know how the app would look like and how the users would navigate through the app. It is not just important to create a stunning interface, but also an intuitive interface. 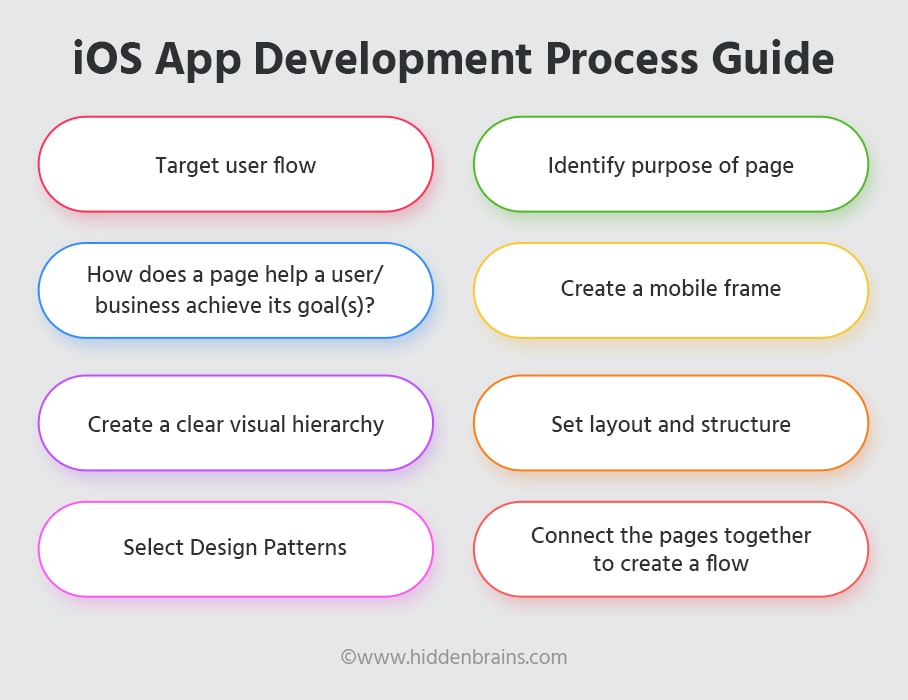 Equally important is to comply with Appleâs guidelines. UI and UX design form the basis of architecture connecting the data, the user, and the software, ensuring future extensibility and scalability.

Testing is a critical aspect of ioS app development. During QA testing of your app, you first need to ensure the case preparation, usability, and performance testing and rigorously check the performance of all available features.

Apple is very critical of guidelines. In order to improve the submission process, follow all the guidelines to avoid rejection of the app. Follow the step-by-step process in iOS app development to launch a successful app.