How to Use App Prototyping to get a Visual Image of the App Before it is released? 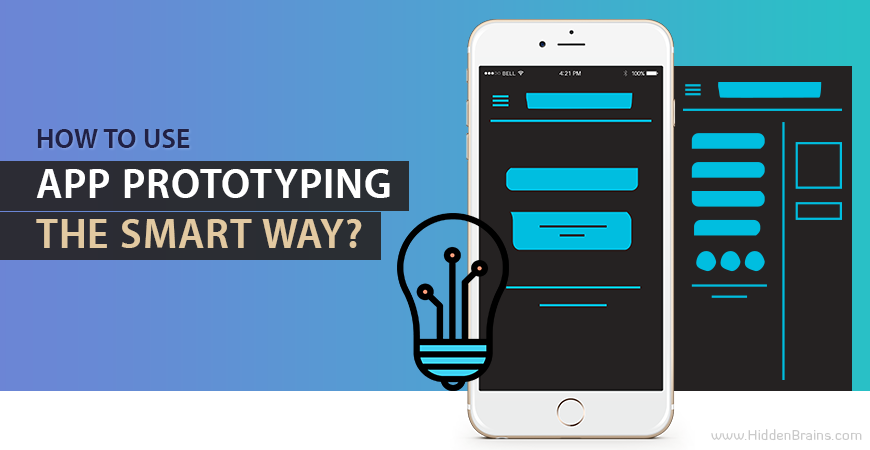 Is this design appropriate for mobile app? Will it be interactive enough to engage the users? As a mobile app designer, such questions might bother you frequently. The look and feel of an app can be envisioned to an extent, but this obviously does not give a clear idea of the navigation experience. App prototyping is meant to solve this problem of designers.

In this competitive industry of mobile app designing, professionals are compelled to come up with something new for each and every project. To create a new design and user experience is a risky job. It becomes necessary to test and review the design of the app before it is submitted to the app store to avoid post release disappointments.

Wouldnât it be great if you could test the dynamic pages of app as they would appear in reality? App prototyping makes this possible with its low and high fidelity as per your needs. This article gives you an insight on using app prototyping at different stages of designing.

How to go about using app prototyping?

In order to start using app prototyping, you need to understand when and how to use it. Designing of app is done in four stages: arranging content, creating a wireframe, defining a visual page and focusing on finesse. Each stage requires different level of prototyping.

Depending on what features your app will possess and its corresponding functionalities, draw a rough sketch. Name the tasks and use arrows to build links between them. At this stage, focus on defining the possible screens of your app with its respective content. As there is nothing to visualize at this stage, there is no need to prototype as well.

2. Creating a Wireframe
Once you have a basic idea of how your app is going to proceed, start building a wireframe to give it a more organized view. At this stage, use low fidelity prototype to get an overview of how users will navigate through your app. Low fidelity is enough as right now we are focusing on navigation and not the visual effect of the design. Make sure the navigation is smooth, which makes it possible for users to carry out their tasks with ease.

Once all the functionalities are mapped, itâs the right time to start working on the visual effects. This requires high fidelity app prototyping to get an exact idea of the appearance and feel of the app. Prototyping at this stage helps to analyze whether your app is attractive enough to impress the visitors or not. Transitions between screens, animations and other visual effects are added to the app to make it more interesting for users.

When you say that your app is done, think again. It may require polishing and a final touch. High fidelity prototyping brings to light the hidden faults in designing that require rework. You can adjust the timing of animation, change the transition effect and fine-tune cascade animation elements as per your need.

App prototyping makes it possible to build a polished first version of app by taking user reviews and experts feedback before releasing the app in the store. It is the best way to spot problems in the app and correct it in the designing stage itself.

You can even take the client in the loop and show him the prototype to confirm whether everything is running smoothly in the app or not. This gives assurance to client that the app is designed as per his needs and preferences. This satisfaction will make the client come to you again for future projects.