Technology that superimposes a computer-generated image on a userâs view of the real world, thus providing a composite view. Augmented reality apps development has been growing at a phenomenal pace. The year 2016 witnessed major tactical acquisitions and adoption by consumers and enterprises. The trend continued and looked even bigger in the 2017 with tech giants such as Google, Apple, Facebook and Microsoft making tactical moves to reaffirm its commitment to this technology.

Virtual Reality is a computer-generated simulation of a three-dimensional image or environment that can be interacted with in a seemingly real or physical way by person using special electronic equipment (such as a helmet with a screen inside or gloves fitted with sensors). VR provides users an immersive experience to uniquely explore the virtual world.

Industry Implementation of AR and VR

Retail: For retailers, VR and AR headsets can serve as an important tool to accumulate value out of the data gathered from social media and mobile apps. Using HMD, store staff could track hands-free sales across multiple stores to make inventory adjustments in real time or assist customers by identifying the exact location of individual products.

Branding & Marketing: Marketing and branding communication conveyed through a VR or AR headset is likely to be highly effective for the simple reason that the experience is highly engaging, personalized and devoid of any distractions. VR and AR are expected to save time and money in areas such as collaboration, digital prototyping, design reviews and client presentations.

Manufacturing: Internet of Things (IoT) is transforming the manufacturing sector with sensors installed on the factory floor and on machines. This connected world creates opportunities for manufacturers to monetize software and data, improve operational efficiencies, streamline processes and revamp supply chains.

Entertainment: For creators of video games, VR headsets come across as a blessing, since they provide new avenues for immersive content. Movie makers are also on board the VR bandwagon â creating movies.

Education: If smartphones and tablets made learning more interesting for educators and students, VR and AR could revolutionize the education market through immersive learning in both primary and higher education. 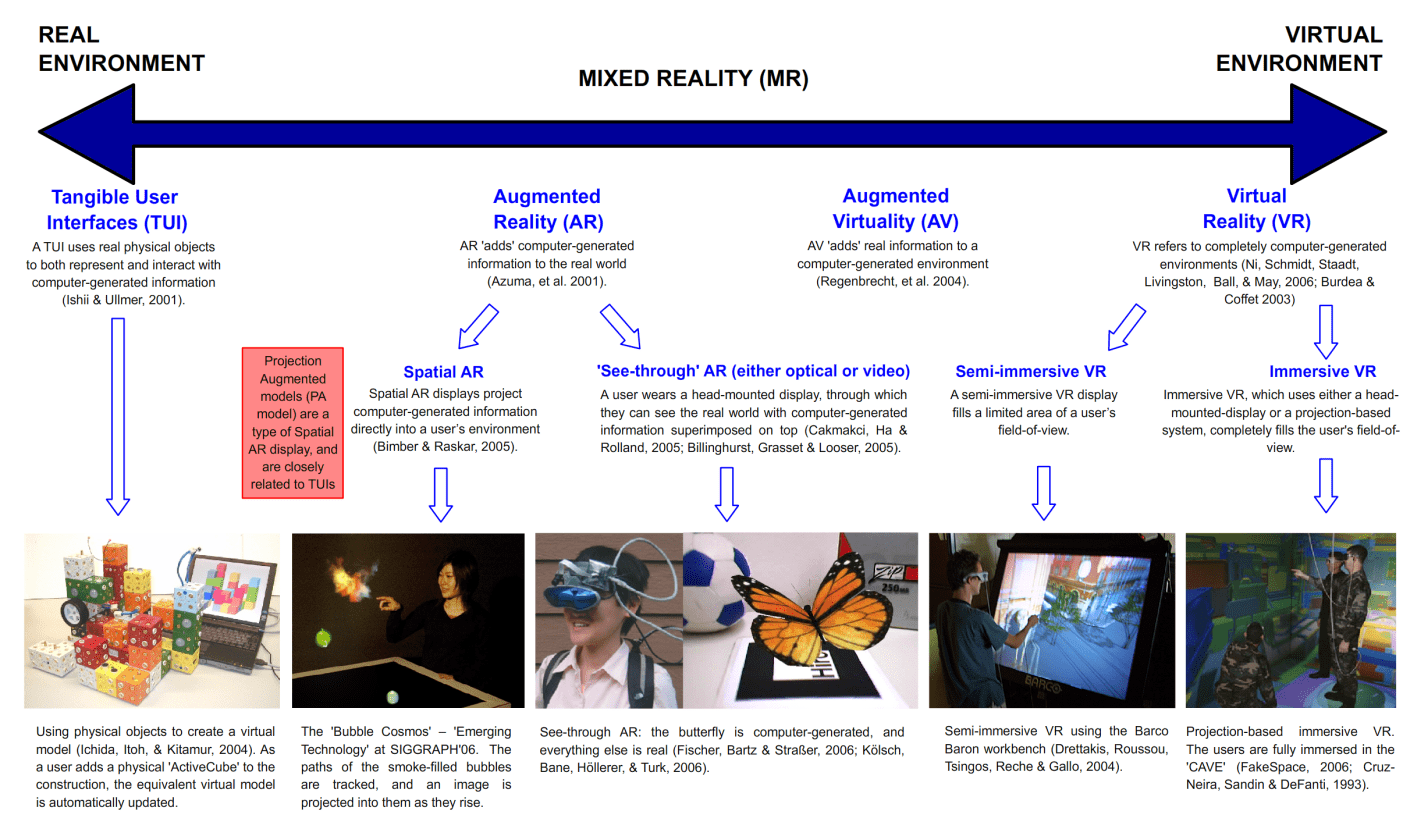 Continuum of advanced computer interfaces, based on Milgram and Kishino (1994).

Mixed reality is a blend of VR, AR, and the internet of things, creating environments in which digital and physical objects can interact. MR could allow to put virtual products in consumersâ hands and gauge their responses. Mixed reality has the potential to change how people work, communicate and relate to the world. Since mixed reality experiences are set in the physical world, people will react to them more emotionally than purely digital experiences. As the technology matures, it will be critical to be aware of these issues and design for them.

HoloLens and the Enterprise Angle:

HoloLens provides employees the opportunity to engage with environment in collaborative ways. This technology will allow effortless communication with team members spread across different countries. HoloLens will make ideas dissemination easy and transform ideas in the form of holographic image to your workspace. It would become equally easy to train employees on complex issues, as well as topics of highly technical nature by simply projecting instructions over the real life projects. Several companies have started to integrate the power of this technology in business operations.

HoloLens and Volvo
Known for its âSwedish vision of luxury and safety,â Volvo cars put users at the focal point of everything. Microsoftâs HoloLens brings its Volvoâs cutting-edge car features to life by providing usersâ a sensorâs vantage point and configuring cars in entirely new ways.

Unlocking possibilities for the Education Industry
HoloLens is not all about gaming. It adds entirely new dimension to the ways teaching comes alive. Now mundane flat illustrations become three dimensional and can be examined from every angle. Microsoft HoloLens is helping Case Western Reserve and the Cleveland Clinic to adapt teaching for the future.

Holograms and Mars
Scientists at NASAâs Jet Propulsion Laboratory will explore Mars using holograms of Mars Rover images. They will experience the feel of walking on the surface of Mars, an impossible and previously unthinkable task. This will help scientists learn at a phenomenal pace. 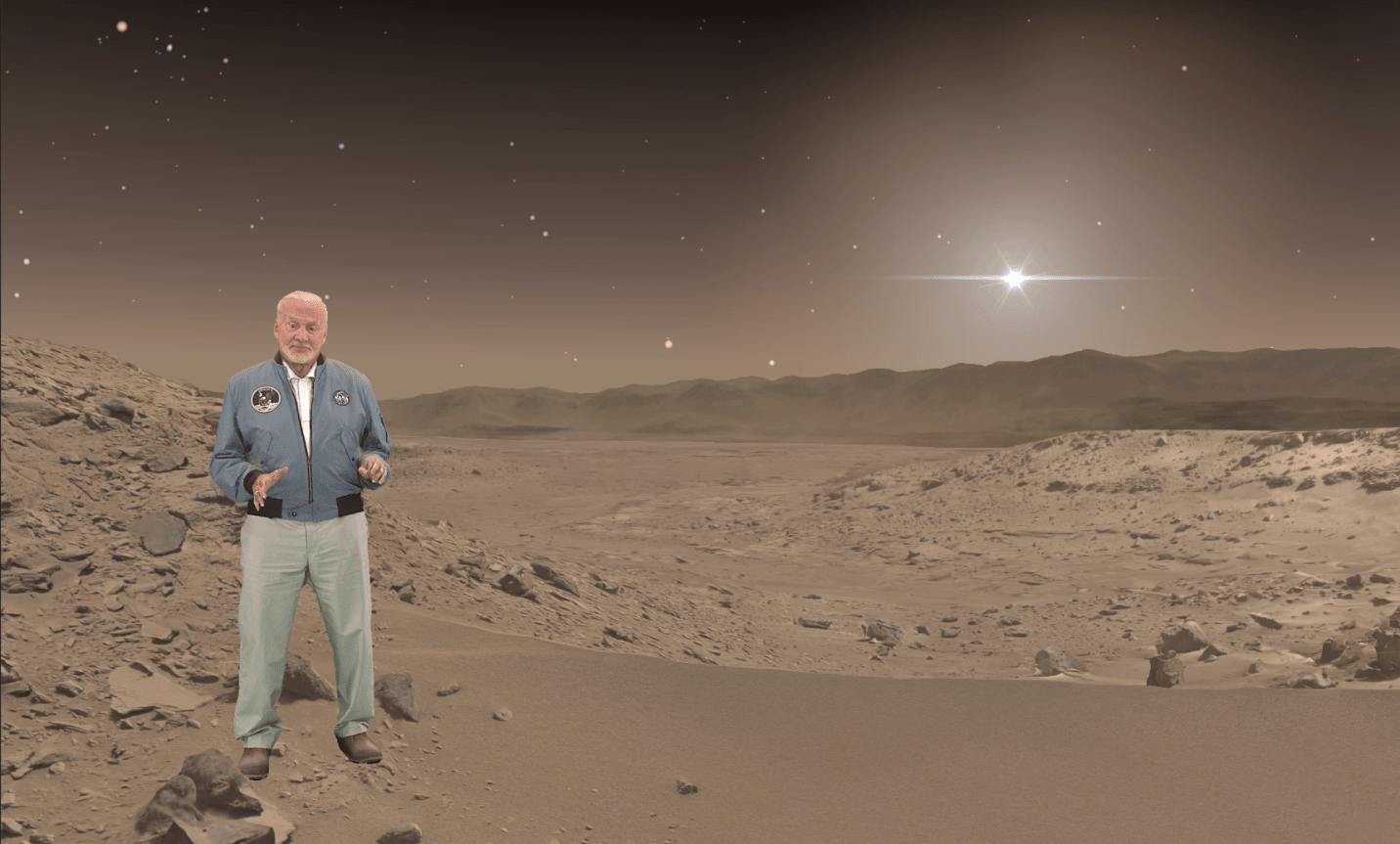 Buzz Aldrin, an Apollo 11 astronaut who walked on the moon, makes a holographic appearance in “Destination: Mars,” a mixed-reality tour of a part of Mars that NASA’s Curiosity rover has explored.

Choosing the Right Agency to Work With for AR, VR, and Mixed Reality Development

Designing for VR, MR and MR is a challenging task. Itâs requires an unusual skillset. Broader adoption will probably come in future, primarily by the entertainment and media landscape. It is important to find ways to effectively integrate VR, AR and Mixed reality into a business and operations context. Right now we are witnessing a shift from web to mobile, but the question is whether VR, AR and Mixed Reality will become as common as smartphones.

written by Albert Smith for IT Services section(s).