iOS App Development Trends to Watch Out in 2020 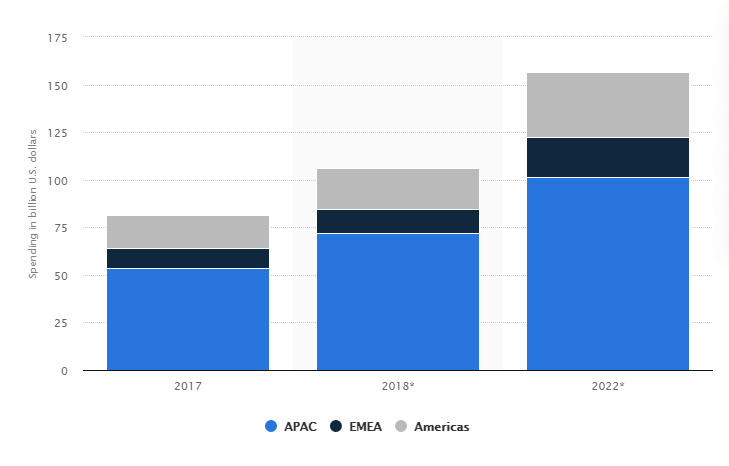 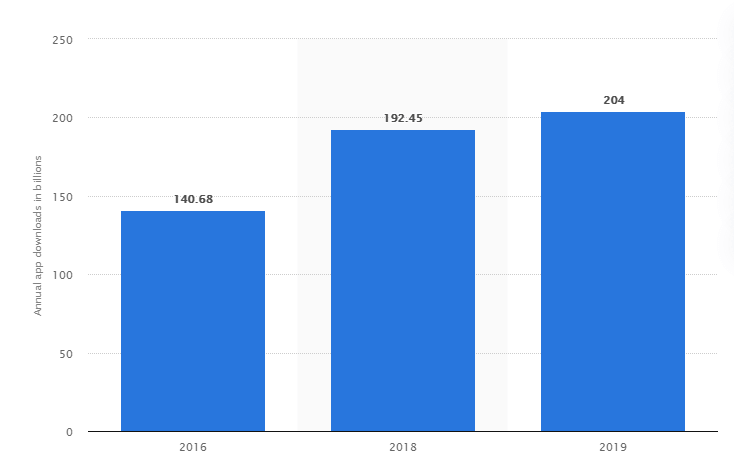 In November 2019, business apps were the second-most popular category, with a share of 10.12 percent of active all apps being business apps. 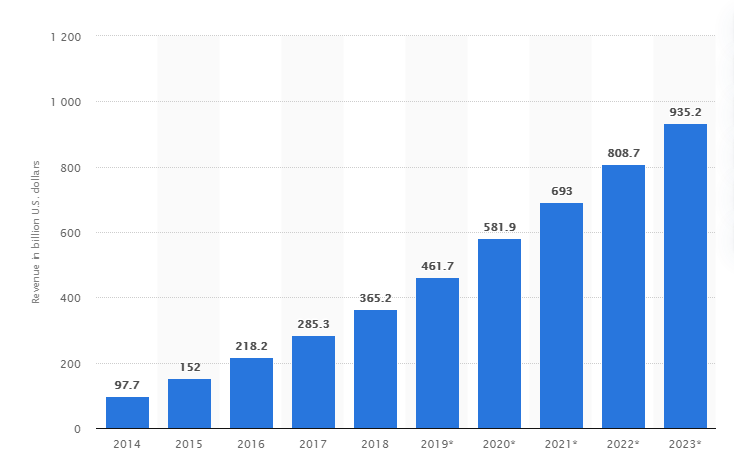 Secure iOS-based apps are in high demand and in 2020, it has turned as a trend. Apple developers have enhanced security features with advanced security techniques in the operating system.

However, to deliver secure apps, Apple has introduced personal identity sensors including Touch ID or Face ID.Apart from this, to unlock the screen and store data in private it also offers biometric ID and 6 Digital passcode.

Now, Apple devices also provide encrypted features to safeguard user data. In the latest version also, developers have focused on the major security and privacy features for the users.

Now iOS apps are enabled to identify threats, secure networks, and data backups. It offers several services to the developers to provide advanced security functionalities such as Apple ID, iCloud, and Sign in with Apple. Apart from this, iOS also supports several advanced techniques and tools to turn the apps more secure and efficient.

iBeacon helps enterprises to enhance their businesses and offer new opportunities to expand the business strategies. With notification feature in the smartphones, users are enabled to receive the services and information about the products.

However, iBeacon technology helps to send information or transmit data to users with advertising and messages.

This technology has turned as a trend in the iOS apps and revolutionizes your business marketing strategies.

Reasons to integrate iBeacon Technology in your iOS apps –

The advent of Big Data

Appleâs personal assistant Siri has gained prominence worldwide, bringing about a major change in Artificial Intelligence (AI) and contextual learning as Siri understands what people are searching and speaking.

Now AI has turned the bots advanced and modern. Chatbots help to sort out the queries of the users and act as a human. They help to interact via text or voice interface.

Innovative bots help to engage customers and increase user experience. In the modern era, bots conversation can be allowed in auditory or textual methods both. AI experts are working on chatbots to turn them into more advanced and interactive.

Appleâs personal assistant Siri has gained prominence worldwide, bringing about a major change in Artificial Intelligence (AI) and contextual learning as Siri understands what people are searching and speaking. Siri introduces smart search to the users.

Apple Pay will be More User-Friendly

Apple Pay will continue to grow in 2018 and have a dramatic impact on commerce. Apple Pay, a digital online mobile wallet makes it easy for iOS users to make payments. And it will support all the iOS devices including iPhone, iPad, iOS watches and mac laptops.

With acceptance at just 3 percent of U.S. retailers when launched, the Apple Pay is now supported at 50 percent of stores. It is now one of the worldâs most accepted contactless payment technology.

According to the stat, there has been an incredible hike of about 500% on transactions using Apple Pay. The iOS developers can easily implement Apple Pay in their application. The robustness of security can be considered from the fact that in Apple Pay you donât need to store your debit or credit card information.

iOS app developers are designing cloud driven mobile applications. With the growing demand for cloud technology, it is becoming effortless to get data without impacting internal phone memory. With cloud-based apps like Dropbox, Google Drive, various mobile apps are going to be cloud driven in the near future.

Cloud based apps resolve the problem related to data security problems consistent in BYOD world (Bring Your Own Device).

There is perennial problem related to protecting sensitive data with regards to employee devices, which are not completely safe and secure. With Cloud, companies can be assured that data is safe and secure.

IoT-Focused Apps Will Come to the Forefront

IoT is the buzz word and it is gaining prominence with each passing day. Investment, revenues and profits from IoT is growing at an exponential rate. iOS app developers are already building applications that can communicate with Internet-enabled devices.

As IoT companies continue to provide robust and sophisticated products in the market, iOS app developers will aspire to create value-adding apps that will help users get the most out of their IoT products.

Recognition of digital signals from the sensors deployed in IoT devices and secure exchange of information over Wi-Fi networks will be the areas of focus for iOS developers for 2018 and beyond.

Core Machine Learning is one of the most widely discussed trends in iOS app development. It is a machine learning framework launched by Apple and has been proving effective for tasks related to Camera, QuickType or Siri.

With its robust library, the Core ML will offer communication applicable to all iOS devices. Moreover, it will also be useful in face detection understanding the language and developing the AI-based games. The developers will be able to build highly interactive apps.

With the launch of iOS 11 and 11.3 very recently, the focus has now shifted towards ARKit. iOS app developers will be able to develop 3D and virtual reality-based mobile application with AR. In fact, ARKit will also receive ample support from Amazonâs Sumerian application platform.

And ever since Amazon has collaborated with Appleâs ARKit, several businesses are exploring the same option. Thus, the present year 2020 will be fruitful for the AR and VR apps.

If you would like to leverage the latest trends in iPhone App Development Services, get in touch with our team.