With a clean interface, AngularJS was created with an aim of making front-end development quick and easy for the developers. One of the most important features of building a single-page website using AngularJS is the ability to create web components. Various AngularJS development tools allow us to create custom event parameters, making the system extensible and easy to maintain.

Here are a few statistics 2020 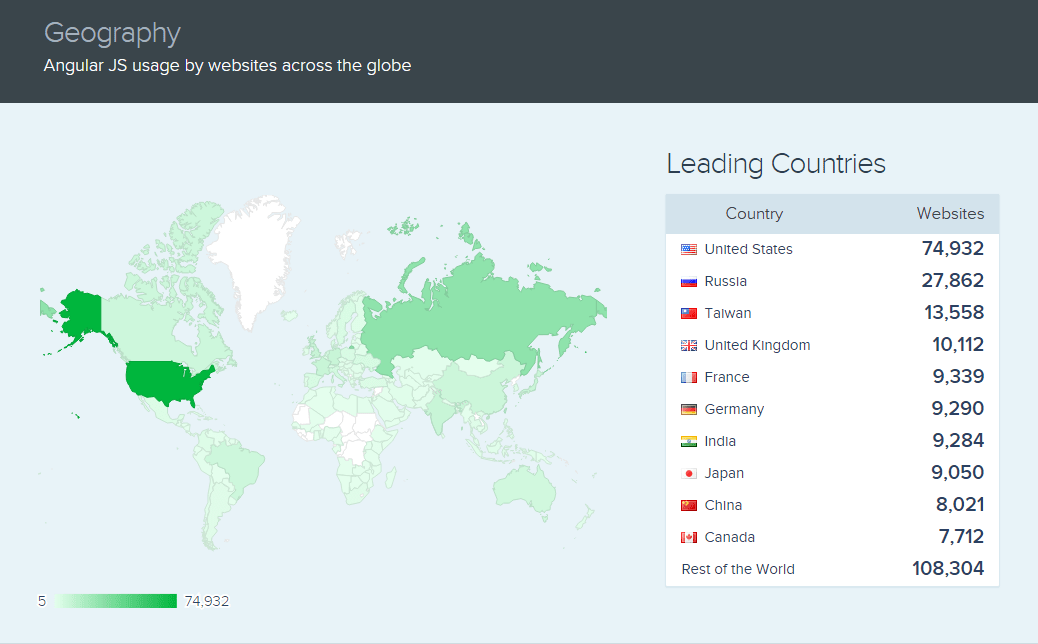 Angular comes across as a suitable option for complex projects requiring a stringent structure. This framework simplifies the development of large websites. 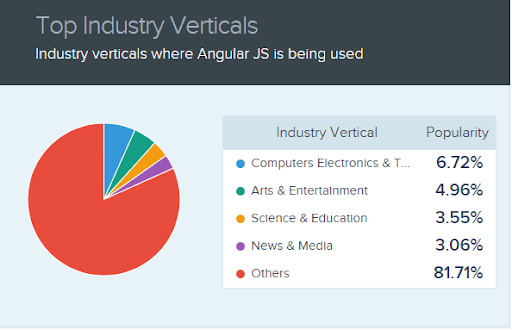 WebStorm is a powerful and intuitive IDE for modern JavaScript development providing comprehensive support for JavaScript, TypeScript, HTML, CSS as well as for frameworks such as React, Angular, and Vue.js.

Smart Editor: Code completion for supported languages with built-in inspections, suggesting the option to fix as you type.

Adapts to your coding style, right from shortcuts, fonts, and visual themes to tool windows and editor layout.

Developed for and maintained by the open-source community at GitHub, the goal of Karma is to bring a productive testing environment to developers.

Parallel Tests: Depending on the number and nature of your tests, you may find a significant performance benefit when running tests in parallel.

Sublime Text is a sophisticated text editor for code, markup, and prose.

Cross-platform: Sublime Text requires just one license for Mac, Windows, and Linux and it works on every computer irrespective of operating systems.

Easy to Switch: It is easy to switch between projects in Sublime text. All modifications can be saved and restored when the project is opened the next time.

Customization: Sublime Text is easy to customize no matter what with key bindings, menus, snippets, and macros with simple JSON files. This system gives you flexibility as settings can be specified on the basis of projects or files.

Timeline of AngularJS to Angular: The Future of Frontend

Angular is an umbrella term for the versions launched after AngularJS (Angular 1), including versions from Angular 2 to Angular 10.

Should you Opt for Angular 10?

Launched almost a decade ago, AngularJS is one of the most popular frameworks to develop web applications. The angular framework has helped organizations launch secure and scalable apps. It is important to update to a newer version of Angular for high performance and advanced functionality.

Released in June 2020, Angular 10 is the latest version of the framework providing incremental changes and benefits compared to previous versions making it important to migrate to Angular 10. Angular 10 provides access to the entire ecosystem improvements including template type checking and split Ivy template type.

Migration is a natural progression ahead irrespective of the size of large or small the codebase. Migrating to Angular 10 will boost efficiency. If you have decided to migrate to the latest edition of Angular 10, it is important to get in touch with a professional AngularJS development company.

Migration to Angular 10 is the need of the hour from incorporating new functionality to code reusability. It is the right choice to stay competitive for businesses.

Are you looking to leverage Angular 10 for your web app? Get in touch with our team.