The Death of PHP? Definitely Not! Do Not Fall for the Trap

If you search on the web for keywords âdeath of PHPâ or âis PHP dead?â there will be tons of posts you will stumble upon singing the same old tale about how PHP is declining or how the usage has plummeted over the years. But letâs not feed to the rumours and establish something at the very beginning of this post: PHP is not dead and is not dying anytime soon.

How do we know this? Letâs find out.

What does the data say

According to the data from Builtwith, currently there are at least 37,805,937 live websites using PHP. The website considers PHP a mega technology, which means those technologies with more than 2.5 million active websites.

Another research from W3techs says that âPHP is used by 79.0% of all the websites whose server-side programming language we know.â

And there is more, much more that you will find that establishes just how important and relevant PHP is still is today.

Let us throw in more graph to solidify the argument. Here a graphical representation depicting the popularity of programming languages made by RedMonk.

They collect the data from GitHub and Stackoverflow where the data source used for the GitHub portion of the analysis is the GitHub Archive and For Stack Overflow, they collect the required metrics using their data explorer tool. 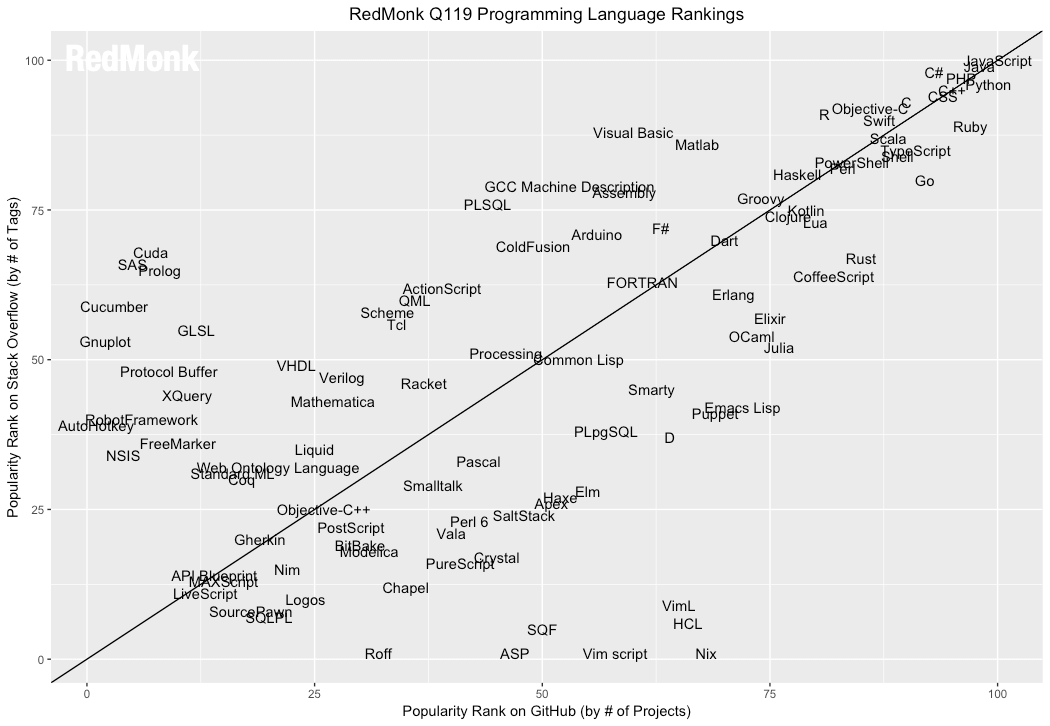 The top 10 languages are as follows:

Why did PHP have to face this shame

Letâs just accept this first, PHP did not deserve this. No,nyet! Please for internetâs sake do not use statements like âPHP doesnât scaleâ or âPHP is slow.â This hurts the sentiments of backend coding done on Wikipedia, Facebook, WordPress, etc.

Now donât tell us you did not understand. Oh cmon!

And these websites run perfectly on PHP. Now who said anything about PHP not being scalable and slow, please stand up?!

Reasons why PHP has a long future

Now there, before we try to explain the future of PHP, one thing to understand here is that there is a difference between a long future and a stable long standing future. The popularity of programming languages is defined by the demand that gets created in the market.

Take for example the current scenario, where Machine Learning and AI are the two most talked about and in-demand fields. These two emerging technologies catapulted Python as the current most in-demand programming language in the ether.

This fluctuate the rankings of PHP and Java. They dropped a few ranks down.

In the same way, during the initial stages, Objective-C was considered the Bible of iOS app development. However, with the rise of Swift, the former programming language almost went to the edge of extinction. Today, a very few, limited number of iOS apps are developed in Objective-C.

With PHP, version 7.1 coming in hot, it looks like a completely new language with new and improved features. It will further evolve and come out stronger and better than ever before. One of the most significant qualities of PHP is that it is open source. This allows for a full code visibility and a large community of developers resulting in new ideas, quicker development, and troubleshooting.


If you think about building a website, think about PHP. Want to harness the power and potential of this language?