Everything you want to know about Bitcoin Wallet Application Development

Invented by Satoshi Nakamoto and a group of unidentified people, Bitcoin was released in 2009 as open source software. The main idea behind this virtual currency was to facilitate quick and cheap online payments without eliminating traditional banking channels.

Bitcoin, a cryptocurrency is the first decentralized digital currency, as the system works without a central bank or single administrator. âThe network is peer-to-peer with transactions taking place without an intermediary. These transactions are verified by network nodes through the use of cryptography and recorded in a public distributed ledger called a blockchain.â 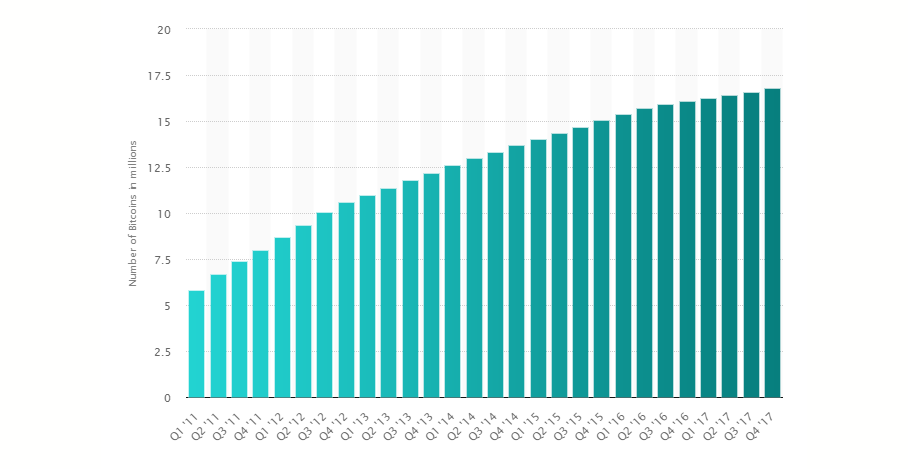 In the past five years, the price of Bitcoin has grown by 20 607% and a number of Bitcoin transactions has surpassed an equivalent of US $100 billion.

How does Bitcoin work?

Getting started with Bitcoin is easy and does not require technical understanding. It simply requires installing a Bitcoin wallet on your computer or mobile phone. This will generate first Bitcoin address. Based on your needs, you can generate more addresses. You can disclose your addresses to your friends so that they can pay you or vice versa. It pretty much works like email, with the exception that Bitcoin address should be used only once.

Bitcoin relies on Block Chain, a shared public ledger. All confirmed transactions are incorporated in Blockchain. Bitcoin Wallets can calculate spendable balance and new transactions. The integrity and chronological order of blockchain are enforced with cryptography.

A transaction effectively means a transfer of value between Bitcoin wallets that gets included in the blockchain. Bitcoin wallets secret data called a private key is used to sign transactions, providing a mathematical proof of its origin from wallet owner. Signature feature prevents alteration of transaction.

All transactions are broadcast between users and usually begin to be confirmed by the network in the following 10 minutes, through a process called mining. Mining is a distributed consensus system that is used to confirm waiting transactions by including them in the blockchain.

Highly sophisticated and digital nature of Bitcoin makes the virtual currency a perfect option for cross-border and international payment transactions. Fast, swift and low-cost, with this cryptocurrency there are no foreign exchange rates or other hassles, several other payment options are slower and more expensive.

Bitcoins can be purchased online for other currency through an exchange or for cash. Several different businesses can help you buy Bitcoin using your bank account.

Bitcoin on mobiles let to pay with a scan-and-pay approach. It eliminates the need to sign up, swipe your card, type a PIN, or sign anything. All you need to receive Bitcoin payments is:

Bitcoin ecosystem is organized makes a wallet app a safe place to store, exchange, and use the cryptocurrency. Every transaction in the wallet is signed with a digital signature before itâs sent to the Blockchain. After being sent to the blockchain, a transaction is processed, transferring to another wallet.

With the use of Bitcoin, secure payments are possible without slow and costly agents. A Bitcoin transaction is much more cost-effective and cheaper than its alternatives. This means Bitcoin holds some potential to become a common way to transfer any currency in the future. Bitcoin could also play a role in reducing poverty in many countries by cutting high transaction fees on workers’ salary.

Application powered by Bitcoin is bound to change the face of finance world and the way payments are made. Mobile apps development companies are now looking to leverage this emerging technology by integrating Bitcoin payment option along with several other methods at check-out for online payments.

Using a Bitcoin-powered app can give a company competitive edge in terms of technical innovation and excellence. However, with a fluctuating value, the funds can either help or hurt the company. For merchants not preferring to hold cryptocurrency, there is option of Payment Service Providers (PSP) for Bitcoin that can be integrated into a mobile payment app.

Like for conventional payment methods, there are Payment Service Providers (PSP) for Bitcoin. These companies make it easy to accept Bitcoin payments.

HTTP API for the Blockchain

Develop your Own Integration

You can make a Bitcoin wallet app as all standards are open and can be found in public sources that would help achieve the appâs business logic.

For eCommerce sites using WordPress, WooCommerce, Shopify, or Magento platforms, you can use plugins to integrate Bitcoin payments into your store. In such cases, it is important to set up Bitcoin wallet and accept payments.

Several large companies such as Amazon, Zappos, Bloomberg, OkCupid to name a fewâoffer Bitcoin among their payment options. In order to build a bitcoin wallet app, you can use few libraries with standard functionality for synchronizing with blockchain.

Blockchain technology is an emerging technology that is bound to change the status quo and bound to exert a considerable impact on the socio-economic domain(s). Several industries are surging ahead in the blockchain space. It is important to partner with a leading mobile app development company to gain advantage of Bitcoin wallet application.


If you are looking forward to buildÂ Bitcoin wallet application, please get in touch with our team.