Last week Apple unveiled iOS 9 its operating system for iPhone and iPad at WWDC. One of the key takeaways in this update is that Apple has focused on enhancing its existing features rather than introducing new ones. The public beta will be available in July, followed by a launch this fall.

Here are the important features that improve user experience significantly

Siri gets smarter and proactive 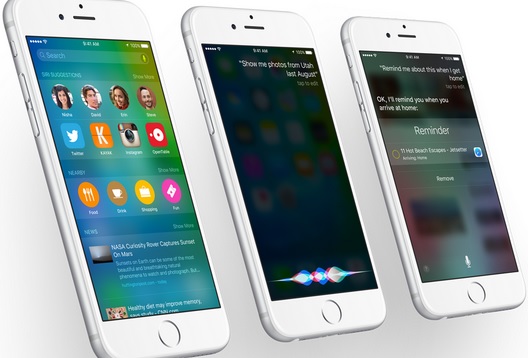 Siri, predictive personal assistant feature gets better than ever. You can ask Siri to search through your photos and videos based on dates, locations, and titles of albums. Simply tell Siri âShow me photos from my trip to Florida in Juneâ and youâll get exactly what youâre looking for.

With a new feature âProactive,â Siri does not just answer questions, rather provides answers to your questions even before you ask. For instance, based on the apps you use and the time you use them, Siri will provide you intelligent suggestions for what you might want to do next, even before you ask.

Siri is now not just the helpful assistant you can talk to, but also the technology empowering Search on your iPhone and iPad. And now you can get excellent answers when you type in the Search field.

Experience all new improved Spotlight. Now third-party apps can take advantage of Appleâs search, making Spotlight a mini search engine on its own. To put it in simple terms, you donât need to rely on Google Search, thanks to deep linking feature. It is safe and secure as you donât give data away.

Multi-tasking gets easy on iPad

Multi-tasking gets easy on iPad with two new impressive features SplitView and SlideOver. You can run two apps side by side at the same time. SlideOver will allow you to slide from the side to reach out to another app. So you can quickly browse the web or respond to a text message then slide that app away and get back to the app you were using before. 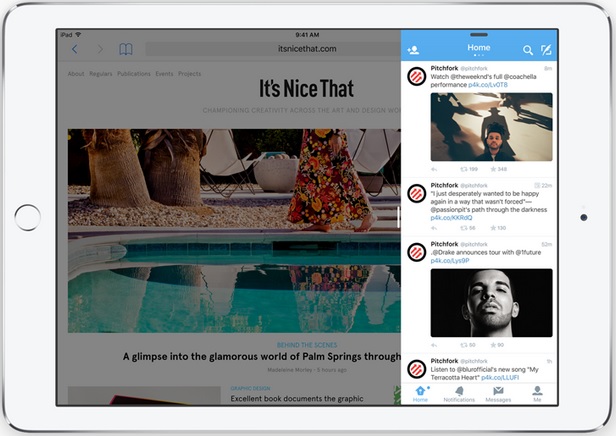 SplitView lets apps stay active and multitask at the same time. Simply drag and drop stuff from one app to another. Apps can be 50/50 or 70/30 on screen. With this feature, you can easily switch between two active apps. However, this feature is available only on iPad Air 2. 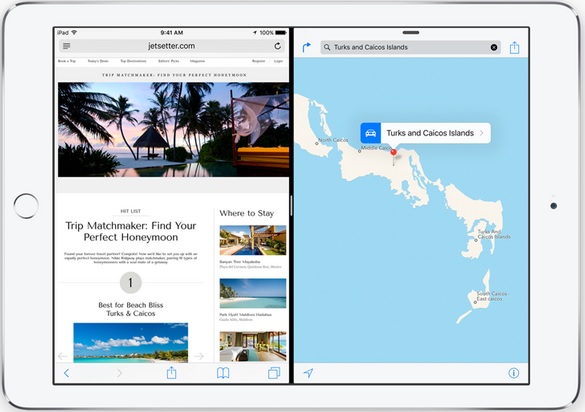 Apple is surely trying to catch up with key rival Google with iOS 9. One area that happens to be Appleâs weak point is maps. While Google Maps seems to be way ahead in this area, Apple seems to be closing the gap. Map now features Transit view. Apple plans to roll out this feature for more cities in the future as currently Transit directions are available for selected cities only. And the best part is that Transit is customized so youâll be able to recognize signs for nearest destinations. Siri will be able to offer you Transit directions.

Apple Pay will now be supported by many more of your stores, apps, as well as banks. You will be able to make purchases with Discover card or store credit cards, like Kohlâs Charge or JCPenney Credit Card.

You will be able to store your rewards cards in the Passbook app, now known as Wallet. Add reward cards, like Dunkinâ Donuts DD Perks, Walgreens Balance Rewards, and MyPanera, to your Wallet app and receive and redeem rewards using Apple Pay. These loyalty cards will ensure that you develop a habit of using Apple Pay for simplest and smallest little things that you buy.

Here is a quick glance at some features that Apple didnât talk about. A Caveat: These features are in the iOS 9 beta and could change in final version release coming in the fall this year.

iOS 9 will let users download apps quickly using less data. You can download a condensed version of a big app and continue installation of the rest of the app in background. This is especially good news for users in developing countries were Internet connection tends to be painstakingly slow.

Apple is trying to make simple changes that will make significant impact in usability. There is a Search Bar in the Setting menu that helps you find and access settings easily.

Users will be able to pinch to zoom on videos just like with photos.

iOS 9 the latest version of mobile operating system is compatible with older devices, such as the iPhone 4S and the fifth-gen iPod.