Apple announced dozens of new features at WWDC 2019 keynote: a slew of privacy-focused settings, a dark mode, a robust Mac Pro, an iPad that’s better for multitasking via a new dedicated operating system, and AirPods for Animoji.Â  It is the end of iTunes. Apple is ending the app and channeling to Apple Music, Apple Podcasts and Apple TV.

Appleâs devices will witness a major transformation with updates coming via the new iOS 13 operating system, and on a desktop via macOS Catalina. Undoubtedly, mobile app development services will change exponentially.
The iPad now has its own exclusive operating system, iPad OS, and is getting many long-awaited features, including the ability to use an iPad as a second display for your Mac, multi-window capability, and thumb drive support. 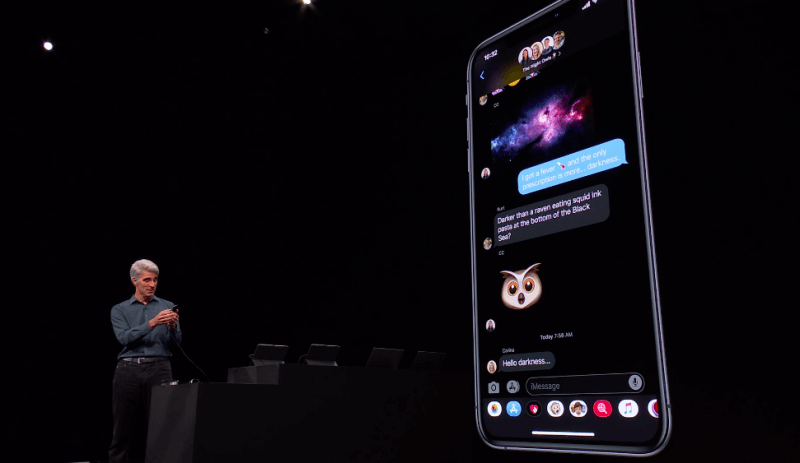 Apple unveiled its operating system iOS 13 with a host of new features. The new mobile operating systemâiOS 13âis focused on blazing speed and safeguarding user privacy. It comes with a suite of new features and improvements across its core functionality. With iOS used daily on more than billions of iPhones and iPads, the focus is solely on high speed and performance. Apple is promising that iOS 13 will be its fastest OS so far.

SVP of Software Engineering Craig Federighi announced that the updated OS is significantly faster and more data-conscious, with a new app download packaging format that means that apps now load twice as fast compared to iOS 12. Apple promises things like Face ID will unlock 30 percent faster and that apps will launch twice as fast in iOS 13. 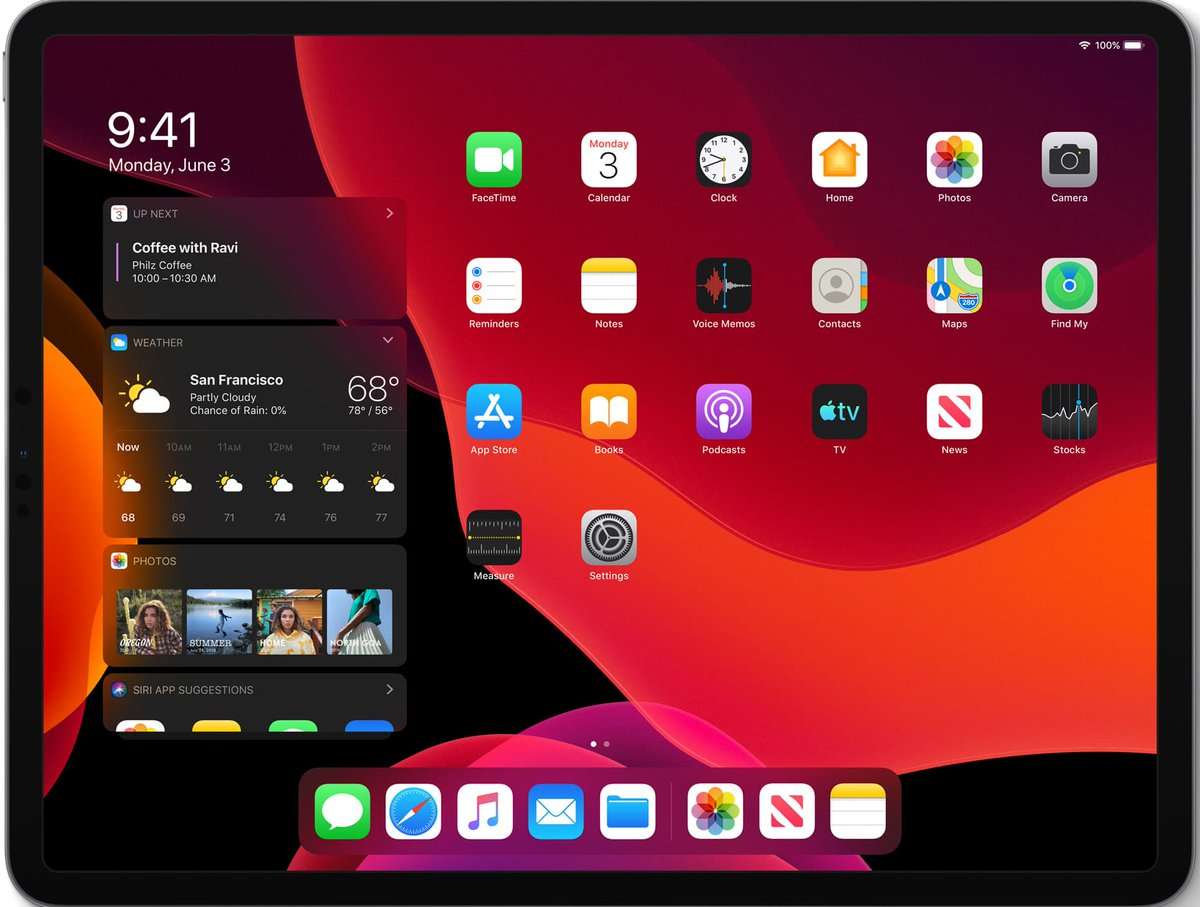 Apple announced the iPad would split from iOS and run on iPadOS in the future. Most of the features iPad are expected to receive with the new software did come to fruition. iPadOS strengthens the iPad’s productivity capabilities and takes it a step ahead to fulfill its potential as a full-fledged laptop replacement.

Here is a quick glance at its features:

iPadOS is compatible with these devices:

Another update with iPadOS is âdesktop classâ browsing while Safari is gaining new keyboard shortcuts and a download manager. All these changes effectively mean that the iPad is closest to being a laptop. 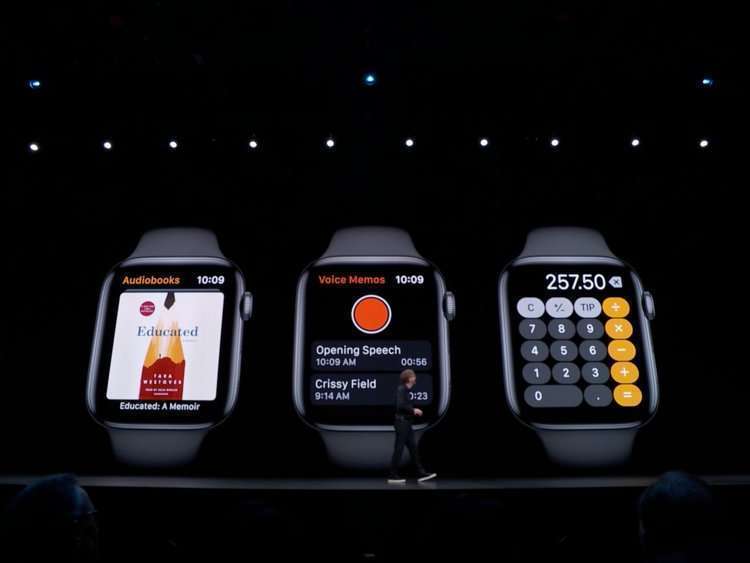 The totally revamped version of the software for Apple Watch arrived with a bunch of new watch faces and complications, new first-party apps like Audiobooks, Voice Memos, and Calculator, as well as a dedicated watchOS App Store.

watch0S 6 requires iPhone 6s or later with iOS 13 or later, and one of the following Apple Watch models:

Not all features are available on all devices. 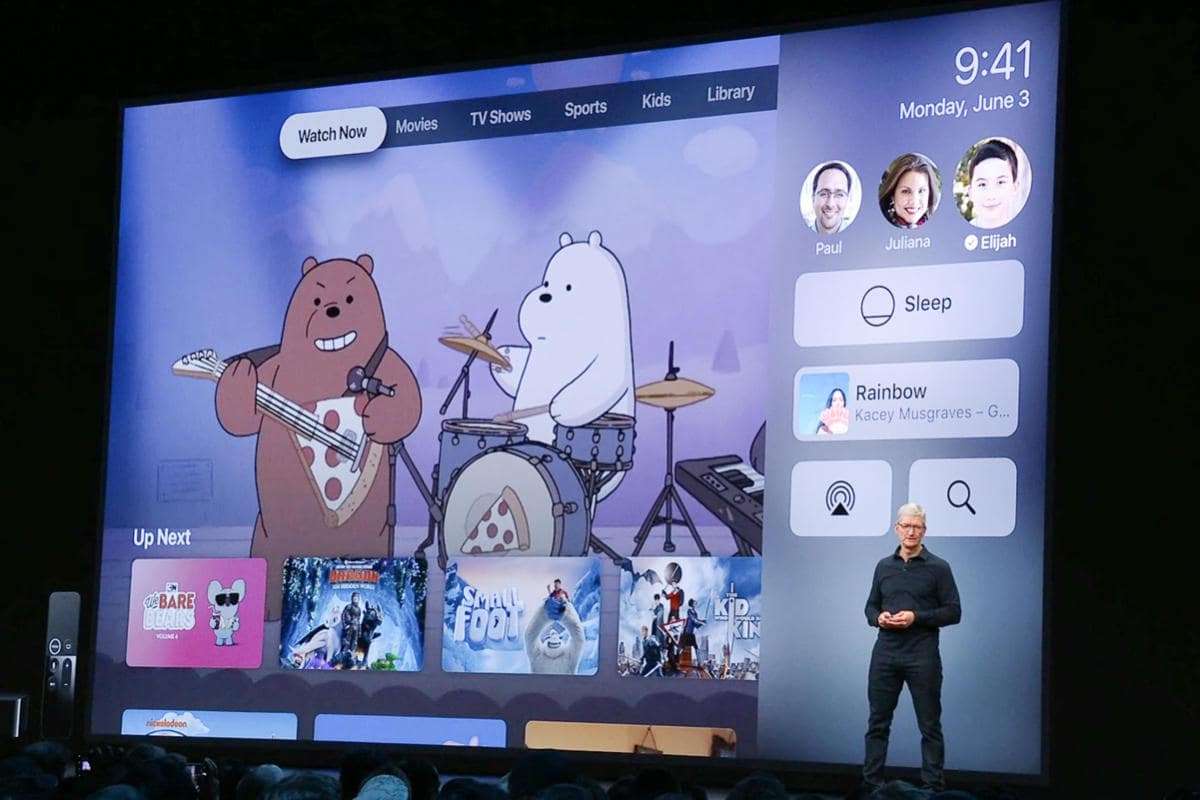 Apple has unveiled tvOS 13, the newest Apple TV operating system, on stage at its WWDC 2019 keynote. Earlier on todayâs keynote, Apple previewed one of its original shows, âFor All Mandkindâ, thatâs coming to Apple TV in the Fall.

The next version of the software for Apple TV, tvOS 13 will bring some nice improvements. 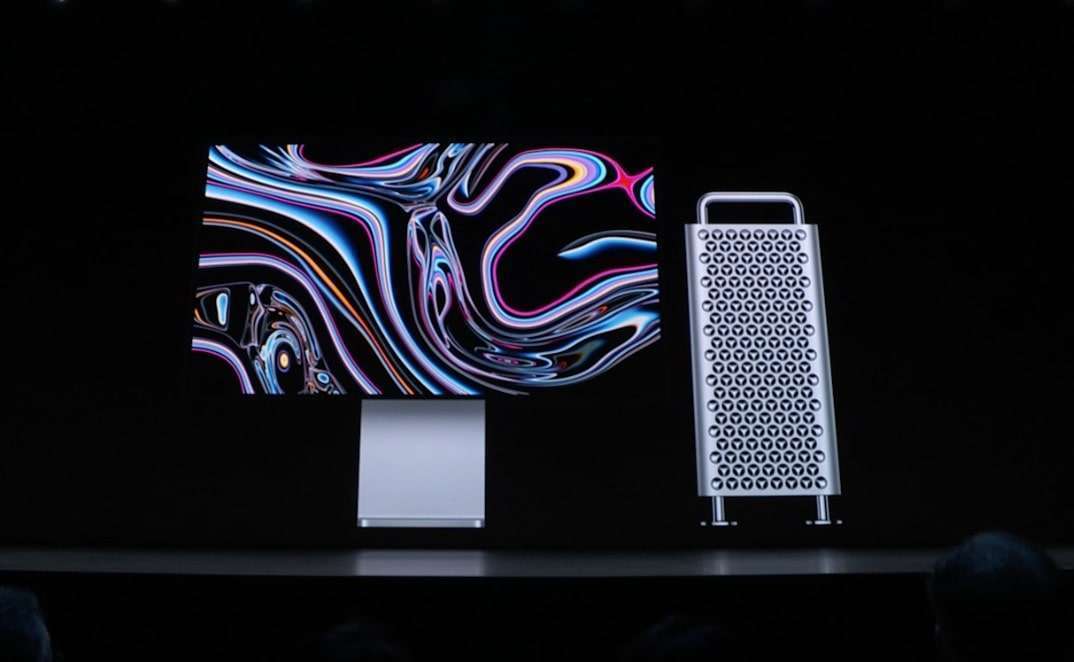 The cheese grater is back for 2019! Now there is no task that is heavy for Mac Pro. Literally, we mean it. It has got specs that sound to good to be true. The new Mac Pro has up to a 28-core Intel Xeon processor, and up to 1.5TB of 6-channel ECC system memory. Apple’s also introduced a custom video accelerator card, called Afterburner, designed specifically for video editing acceleration to support native ProRes and ProRes Raw in 8K. 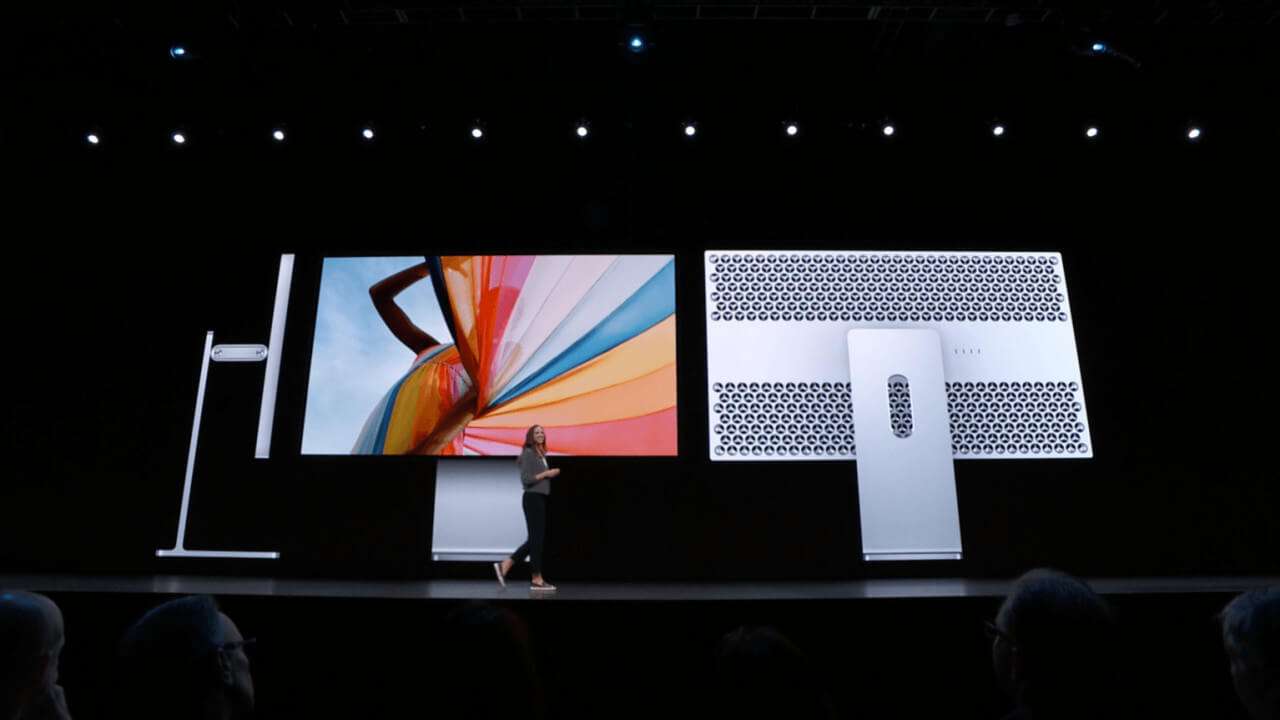 Hereâs introducing Pro Display XDR the first 32-inch Retina 6K display ever with up to 1600 nits of brightness. With an exceptional 1,000,000:1 contrast ratio and a superwide viewing angle, Pro Display XDR provides over a billion colors with outstanding accuracy. With breakthrough backlighting technology, Pro Display XDR takes brightness, contrast, and color to a new level. 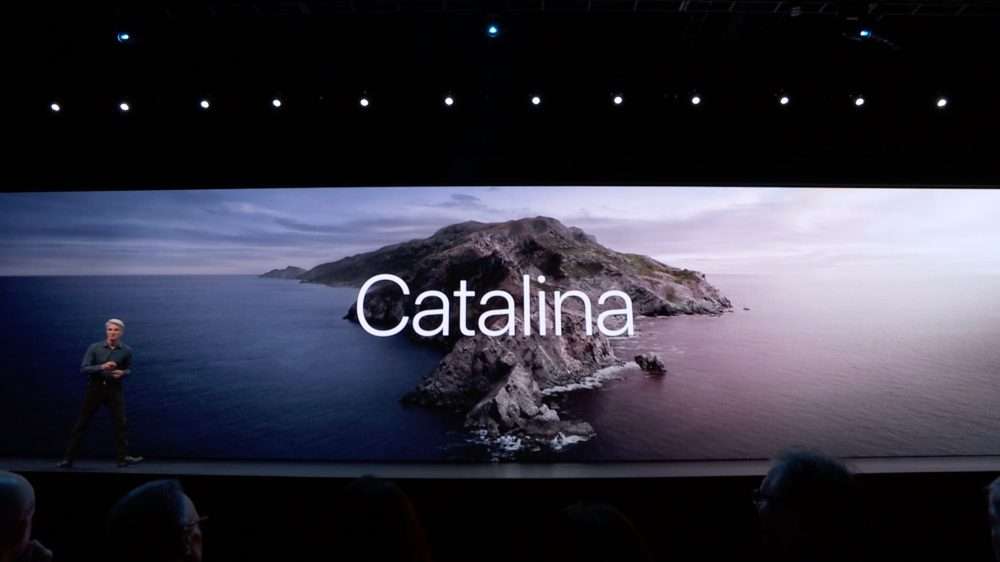 The new version of MacOS Catalina gives more features such as music, TV, and podcasts in all-new Mac apps. It comes with less-intrusive iPhone integration, a Podcast app with indexing, and Apple TV with Dolby Atmos and Dolby Vision support.

As we’ve learned, iTunes will soon be no more. Instead, your entertainment will be split into three apps; Music, TV, and Podcasts. Music will work with your local media library as well as Apple Music.

Now developers can create Mac apps from the iPad apps. The apps run natively alongside your existing Mac apps so you can drag and drop content and leverage the powerful architecture of Mac.

Apple showed off early beta versions of its new iOS 13, watchOS 6, macOS 10.15, and other platforms. Tons of new features will become available to developers and to end users starting in September 2019.

Stay tuned to this blog for more updates.