iCloud Support, Apple TV and Siri: Everything you Wanted to Know About HomeKit 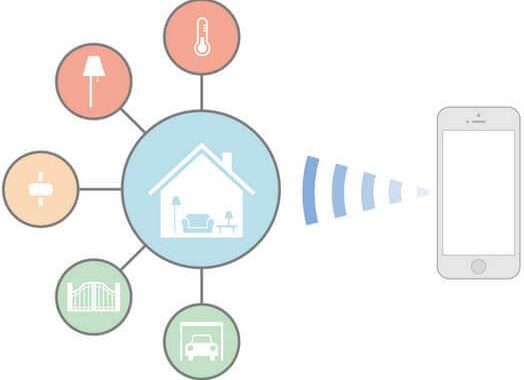 HomeKit is a framework to communicate with and control all connected accessories in a userâs home by iOS device. Users can explore accessories in their home as well as configure them. Most important, HomeKit allows users to create actions to control devices and group actions together and execute them using Siri.

How Does HomeKit Work?

HomeKit will control all your smart devices from one central hub. Itâll allow you to group products into ârooms,â âzonesâ and âscenesâ. 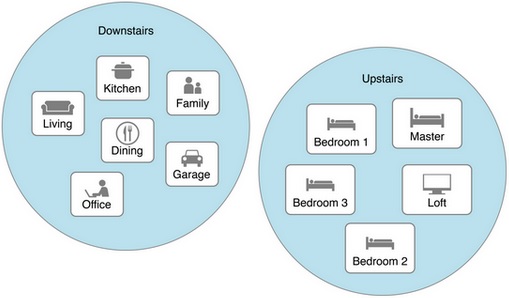 Image Courtesy: AppleThe control mechanism in âroomsâ is fairly simple. Â User can switch on or turn off all smart devices in any room, for instance, a bedroom.

Zones are a cluster of rooms, as compared to a single room, enabling user to control smart devices in multiple rooms at once. Just think about it, you are working on important presentations late night, just switch off lights in hallway, kitchen and your living room in a matter of snap.

âScenesâ are the most powerful medium to simultaneously adjust the characteristics of multiple accessories. Each Scene has a name and can contain multiple actions associated with an accessory and its characteristics in a Home.

The devices will be controlled directly via Siri – which would provide the convenience that users typically associate with a single app. Siri can easily execute sophisticated operations with a single statement. Siri will recognize Home, Room, and Zone names and support statements like âSiri, lock up my house,â âSiri, turn off the lights in bedroom,â and âSiri, make my living room warmer.â Siri also recognizes accessory names and characteristics.

With an Apple TV (3rd generation or later) software version 7.0 or later, users can control all HomeKit-enabled accessories while away from home using iOS device. User can sign into iCloud with the same Apple ID on iOS device and Apple TV. This will let user remotely control accessories by using Siri commands.

It is important to note that Apple TV isn’t a full hub (as rumored), it can be used to remotely control devices. With iOS 9, Apple is launching a new iCloud-based HomeKit Accessory Protocol (HAP) for remotely accessing devices even without an Apple TV.

HAP works over iCloud. It is encrypted, secure and will be available for free to developers. This will let users control notifications remotely. Apple is allowing Bluetooth Low Energy (BLE) devices to send notifications to the device. Taking a step further, BLE devices can send notifications irrespective of “connected” status. You can use Wi-Fi to extend the range of Bluetooth devices. 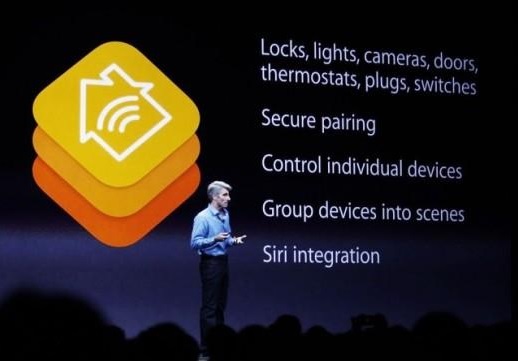 Image Courtesy: AppleItâs been almost a year since Apple announced HomeKit. While Apple dedicated a substantial portion of time at its Worldwide Developers Conference last year to announce this cutting-edge health platform. This year was different. It was blink and miss appearance for HealthKit. Apple announced that HomeKit will be able to handle more products such as security systems and mechanical blinds.

While Apple announced complete revamp of its new music streaming app, there is no Home app. But industry experts believe Appleâs new Home app, which didnât feature in WWDC is likely to release in iOS 9. This new Home app will provide the ability to manage and monitor all HomeKit accessories from one central location.

HomeKit compatible products are just trickling now and there is confusion about how Apple really plans to make HealthKit, a high-performance Internet of Things platform and a coherent experience. Products using Appleâs HomeKit framework recently hit the market almost after a year of development since the company first announced the platform last year.

It certainly looks like a tough ride ahead for Appleâs Homekit. We will wait and watch.