How Mobile Payments Can Improve your Sales? 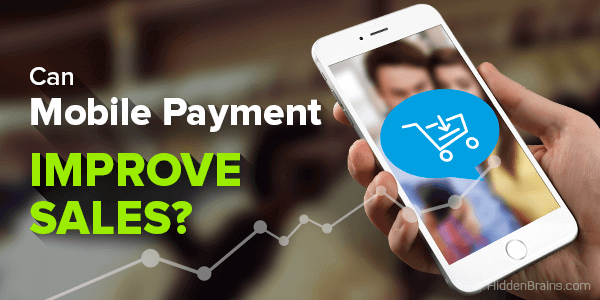 The number of people in the US using smart phones to make payment for goods and services at the point of sale will continue to consistently increase in 2016. This year is being touted to witness tremendous growth for the technology. According to the latest mobile payments forecast from eMarketer, the total value of mobile payment transactions for the year 2016 will grow at a phenomenal rate of an astounding 210% in the US.

Are you wondering about the reasons behind the substantial rise in mobile payments?

There are several factors that have spearheaded the growth of mobile payments in the U.S. In 2015, we witnessed several mobile wallets like Apple Pay, Android Pay and Samsung Pay becoming a standard feature on newly launched smartphones. Merchants can attract new users by mobile payments at point of sales systems.

Advantages of Mobile Payments for Business

Enhanced customer experience:
Mobile payment ensures seamless user experience while making the final payment. You can not only save time, but also reduce the chances of errors at point-of-sale. Several new and emerging technologies such as beacon technology have opened up new frontier to improve user experience. An in-store beacon connects with an app on the customerâs phone using Bluetooth technology. This allows access to information such as store layouts, product details, deals and payment.

Security & Privacy:
Undoubtedly, robust security and privacy will deeply impact the overall acceptance of mobile payments. Despite several attempts to tighten security, credit card fraud continues to be one of the biggest pain areas. On the other hand, Apple Pay takes the potential of mobile payment security to new heights. The device uses encrypted NFC technology for connection with the payment terminal wirelessly and requires the user to touch the phoneâs built in fingerprint scanner to confirm identity. As a result, sensitive customer details are not compromised. This protects customerâs privacy and merchant from data theft.

Cash flow management:
Mobile payment makes it relatively easier to keep a track of money spend. It also contributes to effective and seamless cash flow management, allowing organizations to manage all transactions from a single terminal.

Innovation, Technology and Simplicity: Key to the most successful wallet apps in the US
Back in 2009, Starbuck launched its mobile card app in 16 stores. The encouraging response to this program resulted in nationwide expansion. This program allows consumers to pay by allowing scanning of a barcode at the point of sale. At a time when most technology experts were skeptical about 2D barcode and the way itâs used, Starbuckâs team took 2D barcode and reversed the use by allowing the register to scan the 2D barcode instead of user scanning a 2D barcode.

Simply Brilliant & Elegant
This new program effectively utilized existing POS found at each and every Starbucks. Quintessentially, it was brilliant use of the technology, rather than reinventing the technology for change. Starbucks had one of the most successful retail loyalty programs in the US. But this success was based on diligent and meticulous research of the team. The company worked for decades to chart out the perfect program. This was not an overnight success story.

It is obvious that Starbucks app is helping the business at different levels. For instance, the app has helped lift its loyalty program My Starbucks Rewards. This app makes it easy to track purchases and get free drinks and other perks.

While we are still few years away from mass adoption of mobile payments as the new norm across merchants and consumers, there is a very urgent requirement for businesses to embrace this technology and prepare themselves to ensure they donât lag behind competitors and always stay ahead.