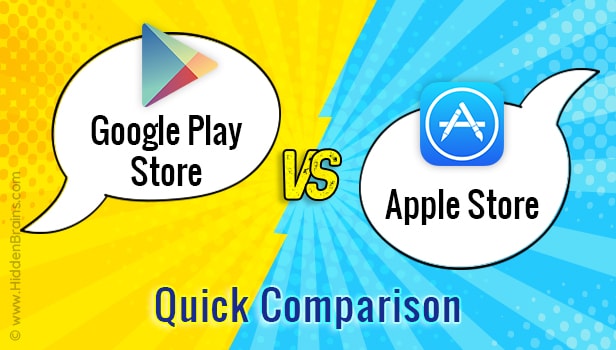 Ever since the mobile app development revolution started in 2008, entire developer community has been split into two different camps: Android and iOS. Whether it is revenue, download or discoverability of apps, each and every aspect is closely monitored. The two leading mobile device operating systems have been competing with each other and many people still want to know what works well for them. Whether you opt for iOS App Development or Android App Development, this is a crucial question. We will help you solve the perennial problem and make the right choice.

Here is quick glance into some important factors

Number of apps available in leading app stores as of March 2017:

According to Statista.com number of apps available for download in leading app stores as of March 2017 shows that Android users were able to choose between 2.8 million apps.
Appleâs App Store remained the second-largest app store with 2.2 million available apps. In late 2016, Apple announced that 140 billion apps had been downloaded from its App Store. 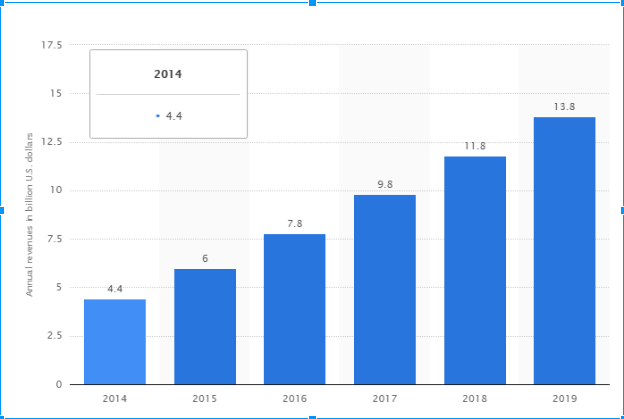 Here are few reasons why Google Play Store has an edge over Appleâs App Store:

With more than 2 million apps, getting your app noticed is undoubtedly a herculean task facing the mobile app development industry. This is one of the major factors that give an edge to Android apps. The Google Play Store runs your search queries through all the content available on an appâs page such as keywords, phrase and Play Store descriptions of apps to help you find apps that most closely resemble your query.

On the other hand, the Apple App Store searches your query against keywords that developers enter into a keyword section, which exists specifically for this purpose. Google Play Store offers better search capabilities. After all it is Google, the king of search.

Apple is extremely rigid when it comes to the types of apps that will be allowed on the Apple App Store. The main reason behind being extremely selective is ensuring quality and safety for iOS users. However there is a flipside to this extreme vetting process. There is always a high risk of app being rejected for inclusion on Appleâs App Store ruining thousands of man-hours in terms of development.

While there is no dearth of apps for iOS and Android, you are more likely to find wide variety of interesting and creative Android apps, as well as a vibrant development community. A caveat: Google Play has some well-defined guidelines that need to be followed. If you donât follow these guidelines, you are definitely in for trouble and unnecessary delays.

Well, if it is a highly popular app, there is no problem in downloading. However in most cases prior to downloading, users rely a lot on information provided in the appâs description page. In the Google Play Store information is provided in just one column with videos and screenshots. Google Play Store also takes into account several social factors such as appâs cumulative ratings, recommendations from friends or comments by userâs with same device or most recent version of the app. In effect, choosing Android apps is a more social experience.

While developers in U.S. and Europe prefer iOS, the momentum is in favor of Android in the emerging markets such as India and Mexico. In emerging markets they are more likely to build for Android first. This means developers will look at different ways of making money in future.

Android handsets tend to be more cost-effective compared to highly expensive iOS devices. This has resulted in growing Android install base in emerging markets. As a result, Android is narrowing the app revenue gap with iOS. The rapidly growing demand of Android devices poses serious threat to iOS.

The Battle Shifts to Wearables

Thereâs also one new technology development that may affect the apps market: wearables. This could shift the war of the ecosystems to the next level.

Android Wear devices have been on sale for some time now, while the Apple Watch made a debut few years back. These are companion devices rather than standalone devices. As a result, wearables could potentially offer a big boost to the app ecosystem, be it Android or iOS. Many developers have taken a plunge in wearables app development and are already making changes to their apps to make use of the additional screen offered by smartwatches.

The app ecosystem isnât the only thing that consumers and businesses consider when buying a smartphone: hardware quality, device price and mobile operatorsâ coverage weigh heavily too. But as hardware innovation faces slowdown, app ecosystems could determine the growth. At this point, Android looks poised for growth. However, in such a dynamic and volatile market, itâs hard to predict very far ahead.