Ever since the U.S. presidential results have been out, two of the biggest technology giants are battling with criticism over how fake news might have influenced the presidential electionâs outcome. The mounting criticism forced Facebook Chief Executive Mark Zuckerberg to take over the social networkâs website to fight allegations that âfake newsâ influenced the results of U.S. President Election. Zuckerberg stated âMore than 99% of what people see is authentic;â adding it was âextremely unlikely hoaxes changed the outcome of this election.â

But it seems words and reassurances are not enough. Action is whatâs needed to curb the menace of fake news that often goes viral on networking sites.

Both Google and Facebook have announced series of steps that will help to crack down on the problems of phony stories circulating on networking sites. Taken together, the decisions clearly indicate that both the tech giants could not turn a blind eye to the growing feeling of resentment in distributing deceptive content/ information during the U.S. elections.

Google took serious steps by striking on the source of income of such websites by barring such sites that display fake news from using ads from the Google Display Network. Facebook also took some concrete measures by updating its Facebook Audience Network policy to prohibit sites that feature illegal or deceptive content (fake news) from using its ads.

According to a new survey by Pew Research Center, in association with the John S. and James L. Knight Foundation, Facebook is the largest social networking site, reaching 67% of U.S. adults. The two-thirds of Facebook users who get news amount to 44% of the general population.

This effectively means nearly half of American adults rely on Facebook as a news source! 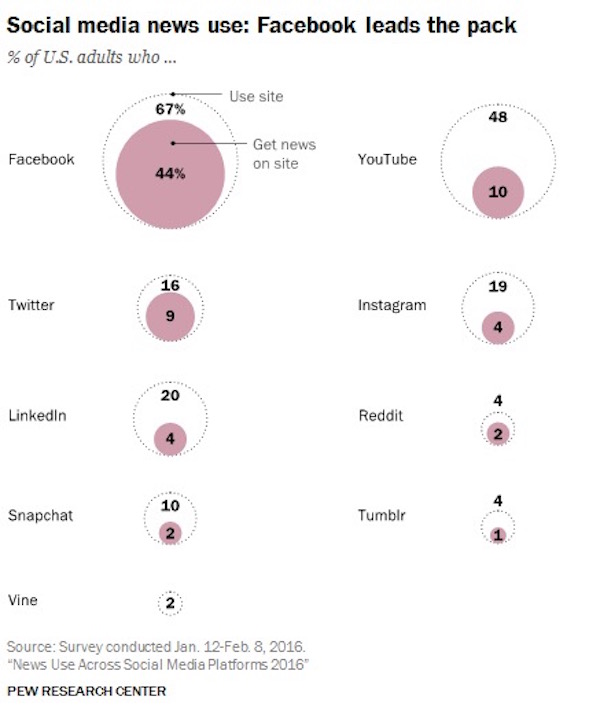 However, many suggest that Facebookâs ad policy update might not directly curb the flow of fake news stories that often get heavily shared through the news feeds that people see when they visit the social network.

These steps might not be able to curb fake news in its entirety, as these policy changes donât directly address the real problem of fake news appearing in the Facebook News Feed or news getting high ranking in Google search results. However, it is definitely a step in the right direction to choke fake news out of circulation.

But are these measures to curb fake news sites, a classic example of too little, too late? Well, only time will tell.