Google surprised the world with the news of a major restructuring. Google has restructured the company under a new corporate name Alphabet Inc. Larry Page will be running Alphabet Inc. as CEO and Sergey Brin, as President.

The largest company under Alphabet will be Google, of course. This newer Google is a bit slimmed down, with the companies that are pretty âfar afieldâ of main Internet products contained in Alphabet instead. If you are wondering what âfar afieldâ products means, Google is basically talking about Life Sciences efforts (the glucose-sensing contact lens), and Calico (focused on longevity). Under the new organization, each of operations will have its own CEO and leadership.

This will provide the ability to scale and run things that are not related more independently. Â Alphabet will also direct Google’s early-stage funding operations, dubbed Capital and Ventures. 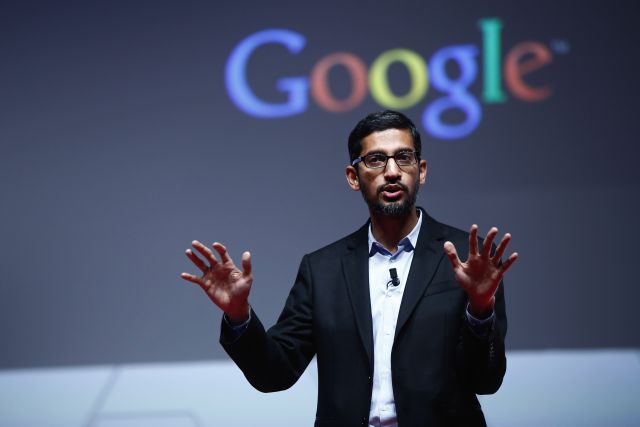 Image Courtesy: StoryPick
Larry considers Sundar Pichai, 43, a âkeyâ part of this entire restructuring. Larry said in his blog post âSundar has been saying the things I would have said (and sometimes better!) for quite some time now, and Iâve been tremendously enjoying our work together. He has really stepped up since October of last year, when he took on product and engineering responsibility for our internet businesses. Sergey and I have been super excited about his progress and dedication to the company. And it is clear to us and our board that it is time for Sundar to be CEO of Google. â

Pichaiâs team developed the Chrome operating system, which powers laptops that proved very popular among students due to low cost. For the past two years, Mr. Pichai has become a face of the company at the Googleâs annual developer conference.

Sundar Pichai was raised in Chennai, India and attended IIT. Â He came to the U.S. in 1993 for a graduate engineering degree at Stanford University. Sundar Pichai also holds an M.B.A. at the University of Pennsylvaniaâs Wharton School.